The air can be particularly pollen-heavy in the summer months 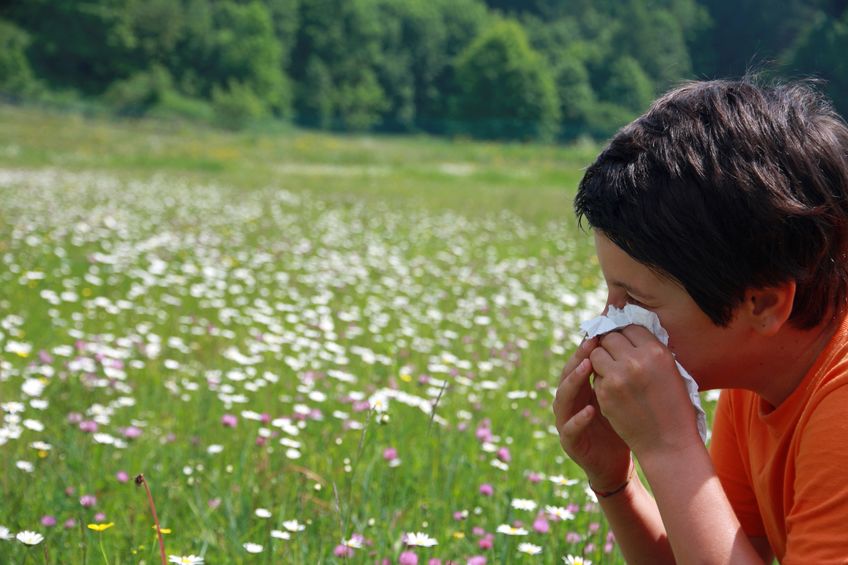 Just when you think it’s safe to go out at last as the tree pollen count starts to fall in late spring, summer pollen kicks in. The majority of tree pollens have been shed by late-May, but there are still grass and weed pollens to come and they will linger on till late-July or early-August. Most (at least 75%) of the 13 million hay fever sufferers in the UK are allergic to grass and weeds, so the summer season is the time when hay fever, a type of allergic rhinitis, is most common, and you need to crack open the tissues.

What is summer pollen?

Pollen is produced by plants to  spread their male sperm to the female parts of plants – flowers and tree cones. Also carried from plant to plant on the bodies of  insects who feed on nectar in flowers, it’s predominantly moved around by breezes and wind. The air can be particularly pollen-heavy in the summer months when grasses and weeds shed their pollen and you’re especially susceptible to hay fever on dry, windy, summer days.

The public announcement by the MET office of a pollen count, ie the number of grains of pollen in a cubic metre of air, was popularised by British allergist Dr William Frankland. Knowing how much pollen is in the air is very useful if you have typical hay fever symptoms – sneezing, wheezing, sore eyes and drowsiness, in order that you can take preventative measures.

Limit your exposure to pollen

Staying indoors when possible if the pollen count is particularly high, and keeping windows and external doors closed, will limit your exposure to pollen. Close car windows too. Pollen is particularly prevalent in the early morning and late evening, so it’s definitely advisable to stay indoors then. If you must go out, consider wearing wraparound sunglasses, a mask, or lining your nostrils with Vaseline or aloe vera gel to limit how much pollen you breathe in.

Gardening is a no-no

Don’t do any gardening if you can get someone else to do it! Mowing the lawn or weeding is inviting pollen to attack. Also, don’t hang your laundry outside in the garden when the air is pollen-heavy. It will stick to sheets and clothes and be brought into the house. Air purifiers and filters can help combat pollen indoors.

Many hay fever sufferers sleep badly, hence dark circles under the eyes can be a sign of hay fever. Close the windows at night and make sure your bedroom is clean – put on a mask, vacuum carpets and furniture, and dust shelves. Pollen collects on surfaces and also in clothes and bedclothes. Frequent showering, and washing of your clothes and bed linen can stop you harbouring pollen in your home.

Smog and dust can harbour and connect to pollen grains, so a polluted atmosphere can make hay fever symptoms worse. Air tends to be more polluted in hot weather, though pollen rises along with hot air during the day and settles in the early morning and early evening, when it is more likely to cause problems. Thunderstorms can also make hay fever worse, as the turbulent air can break pollen up into tinier pieces, spreading further and getting into your body faster.

A reputable health-tracker app like Premium AlliApp that also tracks air quality, can help you stay on top of your hay fever symptoms. More crucially, Premium AlliApp sends you alerts to show which pollens are active at any one time. By observing your symptoms and collating them with particular pollens, it will help you pinpoint the pollens you are allergic to. Premium AlliApp also shows the levels of pollen, so you will know when it is best to stay indoors, or to use preventative measures outside.

Symptoms of hay fever are triggered by histamine, which is produced by the immune system in an allergic reaction to pollen. Antihistamines can be prescribed by a GP or bought over the counter at chemists and supermarkets. Mostly in tablet form, they can also be bought as nose sprays, eye drops and creams. As some antihistamines induce drowsiness, they can be taken at night to aid sleep. Otherwise, you can use non-drowsy antihistamines during the day.

Corticosteroids can be used  orally or nasally and are bought as creams and sprays or obtained on prescription. Though nasal sprays are not considered harmful in long-time use, corticosteroid tablets should only be taken sparingly and short-term, as they can cause long-term health issues like osteoporosis and cataracts